What Makes You Fast?

Many people want to be faster runners. ?Obviously, there are quite a few factors that go into being faster. ?One of the most important is how fast you move your legs otherwise known as your tun rover, right? Wrong!

In a research study done more then a decade ago, Peter Weyand, a researcher at Souther Methodist University, compared athletes versus non athletes as they ran at top speeds. ?What he found shocked him. ‘The amount of time it takes for a person to pick there leg up and put it down is very similar.’ ?If leg turnover is the same, how does someone get faster? Weyand discovered that speed is dependent on two variables; ?the force that someone presses on the ground, and how long they apply the force.

The more force the legs can apply to the ground the further they can spring the person forward. ?In a sprint, an average person can apply 500-600lbs of force. ?An Olympic Sprinter can apply upwards of 1000lbs of pressure per step!

Here’s an article from Yahoo.com about what I just discussed along with info about Usain Bolt, the current fastest man in the world!

What have you done in the gym lately that will increase your speed? Post Comments below! 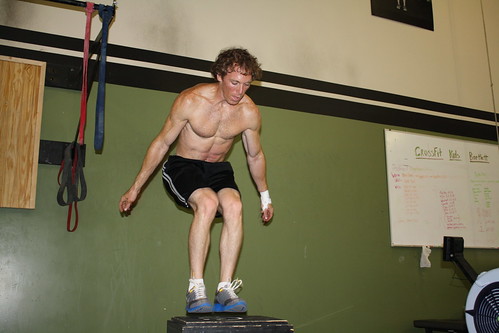