Let me just start off by saying that I am not writing this blog to encourage or pressure anyone into doing something that they are not physically or mentally prepared for.

WARNING: always get your gym owners approval before attempting something that will take away from your performance on the gym programming

I am writing this blog to let all of the readers know that maybe what we think is impossible and what is actually impossible are two different things, separated by only our attitude and preparation, and to keep myself accountable to accomplishing the tasks I talk about below. Our program builds what is called General Physical Preparedness. That means that your ready for any task that you may encounter throughout the day. This covers running around the yard with your kids, to picking something heavy up around your house. Occasionally a crossfitter will get a desire to see just how far their GPP will go. There are a few people in this gym that have already tested their GPP, Mike Hudson and Justin decided to run 50 miles, and had it not been for a slight miscalculation in direction, they would have done it. I recently got the same desire. I decided the best way is to see how far my GPP will extend is to a pick a seemingly ridiculous task and challenge myself to complete it. I decided on a few tasks to begin testing my GPP. I did not come up with these challenges all on my own. I had help from some fellow Crossfitters coming up with these tasks. A few of these tasks include: rowing a marathon, doing a 100,000 lbs of work in one week, and doing 10,000 reps of body weight exercises in one week.

The first thing I wanted to scratch off my list was rowing a marathon. I was ready to jump on a rower and just go till I either got 42K or died trying. I was convinced to do a few rows before hand to get my body ready for the task that was to come. Now the first step on this journey was a rowing a half marathon. For anyone who wants to know exact meters its 21,095 meters. So one Saturday we, an unnamed crossfitter who shall be known as Kenny Powers, sat down and decided that it will be easiest to do it in 5k increments.

So Kenny and I began chipping away at the half marathon last Saturday. It was really not that bad. However you do become acutely aware of excess movement and wasted energy when you are rowing for that long. Overall it was not an entirely unpleasant experience. During the second 5k my foot went numb with 2500 meters left to go. After that I loosened my foot strap, adjusted how I sat on the rower, and I was good to go. After that it was smooth sailing. Don?t get me wrong it was still rowing for 1 hour and 37 minutes but it wasn?t as miserable as I had feared it might be. I will say that I never thought I would be that happy to see only 2000 meters left

However the most exciting moment came the next day when I woke up and found that I could still walk normally!! I was not super exhausted or anything like that. My quads were a little sore and I wasn?t going to set and mile time PR?s but I found out that my GPP was big enough to do a half marathon. This was exciting for me because this meant that I had yet to find my physical limit.

So like I said at the beginning I write this in the hopes that someone will read it and realize that that ?impossible? task they think they?ll never do isn?t so ?impossible? and just takes the right mental attitude. What are some tasks that you consider ?impossible?? 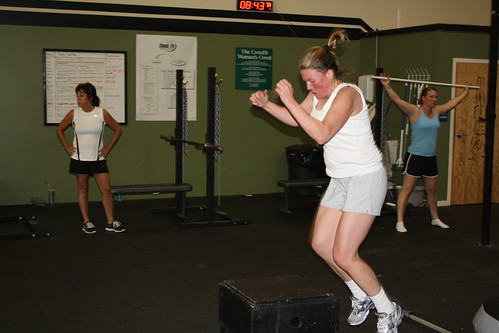