Listening to the Critics CrossFit in Memphis

Do you have critics?  Do you have people in your life that tell you something negative about what you’re doing?  Everyone has critics.  Everyone has someone in their life that says, ‘maybe you shouldn’t do that,’ ‘why are you doing it this way,’ ‘you should do that differently,’ etc.  Being in a position of leadership and dealing with a lot of people like I do, opens one’s self up to even more criticism.  There are times when everything I do gets scrutinized.  I feel guilty for going to get a cup cake once in a blue moon because I don’t want someone to see me and give me crap about it (yes it’s happened before).  If I do something like adjust the schedule of the gym, or change one slight thing, I get scrutinized by people for a decision I make.  Not only do I get it from members, I also have to deal with it with staff and former staff.  Sometimes it’s terribly exhausting.

The worst critic of all though is myself.  Everyone has their own self critic.  Everyone has that voice in the back of their head that says, ‘You’re going to fail,’ ‘Why are you doing it this way or that way?’ ‘What if you did this differently, or handled this situation differently?’

I got into this business because I wanted to help people reach their goals, and sometimes the critics voices are so loud, that I feel like I’m not achieving my objective.  I work tirelessly for people to try and get them results, but usually the loudest voices that speak up to me are the critics.

The other day I had a phone conversation with a new member that told me otherwise.  Since joining a few months ago, she’s lost 6 inches off her waist, and that’s only half doing the nutrition and training two days a week!  That fires me up!  CFB is full of stories like that.  Sometimes, the squeaky wheel is the one that gets heard, but their are many people who are achieving their results, and that is why we do what we do.  It’s extremely hard to ignore the critics sometimes, especially when you always want to be better.  It’s even harder to ignore your own self critic, but many times it’s more beneficial for you to focus on the things you are doing right.  I’m not saying you should always ignore the critics, but take it in balance.  Listen to the critics, stick by your beliefs, change what you can to get better, and move on.  Don’t let the critics bring you down, learn from them and get better. 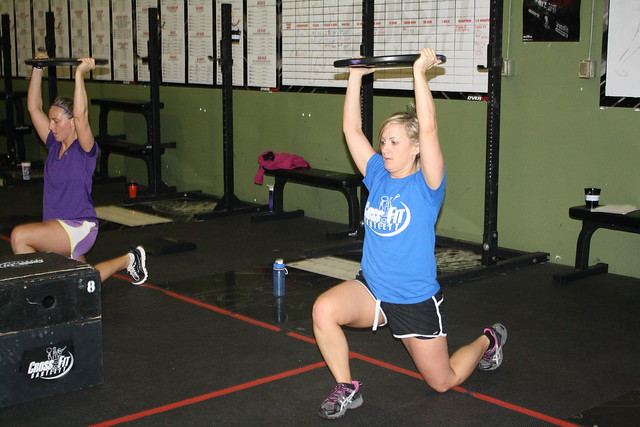