By brianFebruary 22, 2013No Comments
A man, who was a pilot, and his daughter went on a daddy
daughter date in his small Cessna airplane.  While the man was flying along everything was going great?..
until it wasn?t.  Suddenly one of
the engines went out and the plane began to sputter and fall out of the
sky.  The daughter became terrified
and asked her dad what was going on?
The dad responded calmly and said, ?It?s ok honey, daddy is going to
have to fly the plane a little differently right now.?  As the plane careened towards the
ground, the man?s demeanor did not waiver.  He did what he was programmed to do and responded with his
training.  Right before it was too
late, the engine came back to life and the dad was able to land the plane
safely.  After landing, the man
calmly looked over at his daughter and said, ?Don?t tell your mother.?

While this story has a happy ending the key to the story is
how the man responded.  If he had
panicked would the outcome be the same?
If he had dwelled on, ?why does bad stuff happen to me,? would the
outcome have been the same?  The
answer of course is no.  He
responded with what he needed to do at that moment, and controlled the future
outcome of the event.

The question is this?.. how do you respond in a life
crisis?  Do you dwell on it?  Do you take on a whoa is me
attitude?  Do you freak out, or do
you just fly the plane differently?
Things don?t go as planned, can you respond by calmly flying the plane
differently? 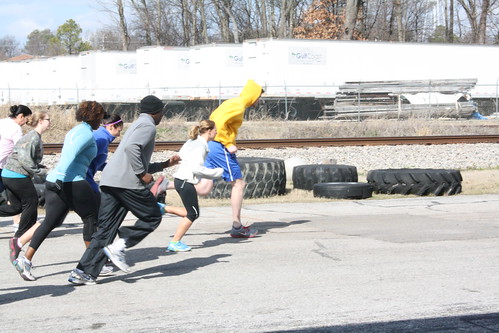