I’ve decided to write a multi part series on fat loss.  Since a majority of our clientele are here for that reason, I thought it’d be helpful to discuss the reasons why we get fat, and the myths behind fat loss.

The major theory that has been around forever about weight loss is the idea of calories in = calories out.

This is based off the first law of Thermo Dynamics aka the Law of Conservation of Energy.  Basically, it states that total energy of an isolated system is constant.  Energy within that system is neither created nor destroyed it merely transforms.

I hate to break it to you, despite popular belief this theory is completely and utterly false.

Yes it’s true that the law of thermodynamics can’t be broken.  What isn’t taken into consideration is the first part of the sentence where I wrote the definition.  ‘total energy in a static system’

You see, the body is not a static system.  The body is a dynamic system.  It responds to the inputs we put into it.  Calories do matter, but there is so much more to metabolic rate then just intake of calories.

With this blog I’m going to address cutting calories….

IF you cut the calories you consume down, you will lose some weight in the short term.  But quickly something happens.  Your body adapts to the decrease in calories and within a day or two begins to lower your metabolism.

The body’s main function is to keep you alive.  Always remember that.  Survival is key.  There is a thing called homeostasis and your body has to maintain that.

This is why people lose weight in the short term with calorie cutting but then plateau in their weight loss.

No of course not, you’d adjust your burning because if you didn’t you’d very quickly run out of coal and the entire city you’re providing power to would shut down.  Now if you dropped your burn rate to 6,000 lbs a day, some lights may dim or flicker but overall, the city would keep being powered just not as much.

This has been proven in the literature since the 1970’s and it’s been further proven with the current rates of obesity.  Prior to the 1970’s type 2 diabetes and heart disease and obesity were on the rise but were not yet an epidemic.  Once the idea came out that we need to eat less and move more, there has been millions of people who have cut calories and began exerciseing regularly.

What’s happened to our obesity rates?  They’ve plummeted right?  Hell no, they’ve sky rocketed.  Americans are fatter and unhealthier than ever despite almost every person trying some form of calorie restriction within their lifetime.

Eventually what happens is metabolism slows down, and we become stagnant in our weight loss.  Then we get frustrated and ‘fall off the wagon,’ and begin eating normally again.  Well since our metabolism is now slowed down, the excess calories we weren’t used to eating begin stacking back on as fat.  This usually results in gaining the weight you lost back very quickly and becomes an even more frustrating experience.  The kicker here is that lower metabolism can last up to a year post decline in calories, so it becomes a vicious cycle.

Stay tuned for Part 2 where we continue this discussion. 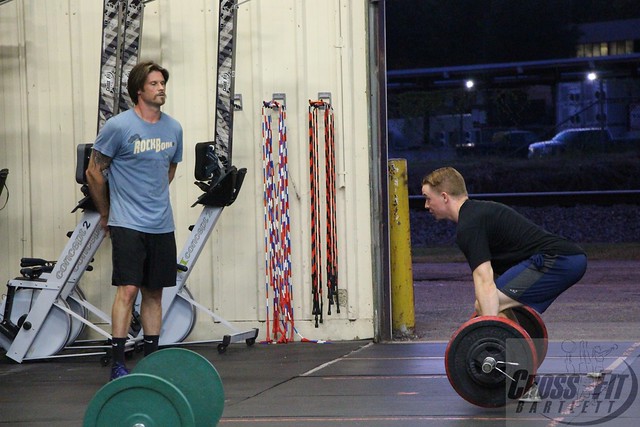