Let’s face it…… what we do is hard.  The grind of life is hard.  We struggle at work.  Our kids give us issues.  We struggle with getting everything done, and then we are supposed to spend time to focus on ourselves as well. It’s tough, but know that you’re not alone.  We all struggle, we all fail sometimes, but the key is to never ever give up.

There is only one tiny little difference between you and the successful people who are making their dreams happen. They didn’t give up.

– Author J.K. Rowling was a divorced single mother living on welfare, suffering from clinical depression, and contemplating suicide when she wrote the manuscript for the first Harry Potter book. 12 publishing houses rejected the book.

– After being cut from his high school basketball team, Michael Jordan went home, locked himself in his room and cried.

– Walt Disney was fired from a newspaper job for “lacking imagination” and “having no original ideas.”

– When he was five, actor James Earl Jones developed a stutter so severe he refused to speak. He remained functionally mute for eight years, until he entered high school.

– The Beatles were rejected by Decca Recording Studios, who said they didn’t like their sound and that they would never have a future in show business.

– Marilyn Monroe was fired by 20th Century Fox after one year because her producer told her she wasn’t pretty or talented enough to be an actress.

– Thomas Edison made thousands of unsuccessful attempts at inventing the light bulb.

– Steven Spielberg was rejected from the University of Southern California School of Theater, Film and Television three times. He eventually attended school at another location, only to drop out to become a director before finishing. Thirty-five years after starting his degree, Spielberg returned to school in 2002 to finally complete his work and earn his BA.

– Oprah was fired and told she was “unfit for TV.”

These famous failures faced more than their share of humiliation and rejection. They were tired just like you. Many of them also had mouths to feed and bills to pay. Their dreams were just as impossible to them as yours are to you now.

Michael Jordan said, “You must expect great things from yourself before you can do them. Limits, like fears, are often just an illusion …” No one likes rejection. No one wants to have their dreams discredited. So if it happens, lock yourself in your room and cry if you need to. Take a break, regroup, call a friend whose love is unconditional and who will uplift you. Just be sure to get back up, again and again, and never stop believing that you are worthy of your biggest dreams. Where there is a will, there is a way. And you will get there, as long as you Never give up.

So I urge you today. Take some inspiration and keep pursuing what you were meant to do! 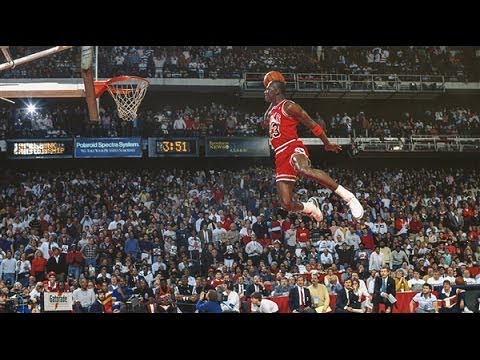