Many people don’t even think about it anymore.  It’s another page in history like Pearl Harbor, the assassination of JFK, etc., most of our kids have no understanding the magnitude of that one day and how it affected all of us.  I remember exactly where I was when I heard the news….

I was in the middle of psychology class at the University of Florida.  In the middle of class someone came running into the room and said a plane crashed into the world trade center, they think we may be under attack and that all classes are cancelled.  We were stunned.  I walked from my classroom to the student union which is basically a huge food court area and they had probably 50 TV’s set up with live coverage.  While standing there, I watched the second plane hit the other tower.  It was crazy.  There were 100’s of people standing around me, and we were all just dumbfounded.  It looked like a scene from the walking dead, we all looked like zombies.  People were sobbing, nobody was talking.  It was surreal.  It was like nobody believed it was actually happening.  We were all shocked.

I don’t remember what happened the rest of that day, I think I walked around in a stupor.  I do remember the speech the president gave, and I remember thinking we were going to war.  It was a crazy time.

What many people don’t think about is that we are still at war.  Our military is fighting right now as you read this.  American soldiers are getting attacked, mamed, and killed on a weekly basis.  On a day like today it’s important to stop and just recognize that there are people out there willing to give their life for our protection, police, fire, and military all sacrifice and some pay the ultimate sacrifice to make sure we enjoy the freedoms and lack of worry of being a US citizen.  Take some time to reflect and thank someone in service for us.

I know I’m very grateful for our freedoms.  Thank you to all that serve! 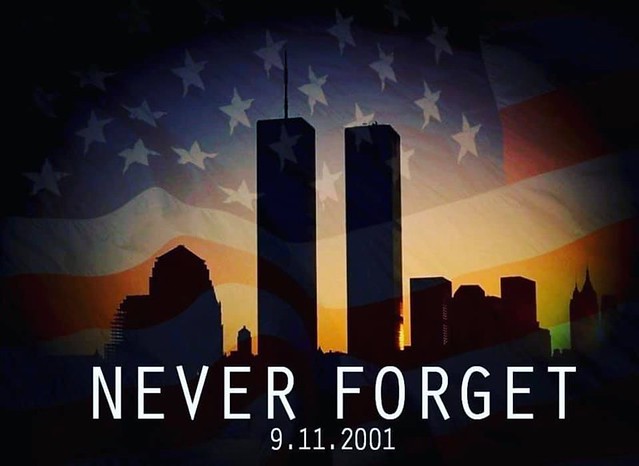