Yesterday we did a workout that involved pulling a sled 100m, then after pulling the sled we ran a 400m run.  While doing the workout this idea of the blog came to me.  Yes I know, I’m a nerd and think of blogs while working out, (it’s usually me trying to take my mind off the pain I’m enduring).

Anyway, there was a pretty neat order of events that happened while doing the workout.

I came out of the gates hard and was able to finish heavy sled drag in like 40 seconds.  When I dropped the sled and took off for the 400m run, my legs felt super springy.  The 400m came easier than normal, and before I knew it I was done with that run.  My split for that 400m was also about 20 seconds faster then it normally is in a workout.

This round was more difficult with the sled pull.  I finished it but had to drive hard to not stop.  The 400m still felt good which was neat because it was deep into the workout now.

This sled drag was by far the hardest to start with, but I found that mentally I could push hard and finish strong.  This 400m run was my fastest out of the three which was very cool because it was the end of the workout.

Now what lessons did I learn here?

In the first round, it was easy to push and bear the load because it was new, exciting and fresh.  Dragging that heavy load wasn’t too bad yet and it hadn’t begun to wear on me.  The same is true in life, when we start a new venture, or we begin a new stress load it’s easy to handle when we first start out.  We have this burst of energy and feeling of invincibility that pushes us through.

In round 2, the fatigue was starting to set in.  I realized that if I didn’t push to the line that it would be exponentially harder.  This is a fundamental rule of life, many times when things are hard our tendency is to want to quit, but in reality once we get that momentum it’s much easier physically to keep going.  If we stop, we have to overcome the resistance and gain that momentum again.  Even if you’re tired of shouldering the burden it’s much better to keep pushing through to the finish line.

In round 3, dragging the sled physically was the hardest.  The fatigue of the workout was in full force and it was hard mentally to keep going, but what made it possible was knowing that the end is near.  Knowing that this was the last time I’d have to do it, I was able to push through to the end, and finish strong.  In life sometimes we can’t see the finish line, but it’s there, we have to know it’s there and we need to push through that pain to get to the line.  Dig in and finish strong.

But, the most important lesson of all in this workout was what happened during the 400m run.  You see after shouldering the burden of the resistance with the sled, the 400m run, which normally feels difficult felt easy.  The muscles were used to dragging the weight, so there was more spring in the step.  It was easier to go faster.  I was able to run my 400m runs 15-20 seconds faster then normal.  Many times we get used to carrying the weight and carrying the stress, and when that stress is gone, life and the struggles we face become easier.  I believe that one of the biggest improvements you’ll see at our gym is not physical, sure those will come, but the biggest improvement of all happens in that space 6 inches between your ears.  Once you’ve subjected yourself to burden, to struggle, and to pain, many other pains in life become easier.  Pain in life is inevitable.  It’s going to happen.  Henry David Thoreau says, ‘Most men live lives of quiet desperation, and go to the grave with a song still in them.’

If you’re going through pain, push through, in the end what seems hard will become easier to handle, and it’ll be worth the struggle. 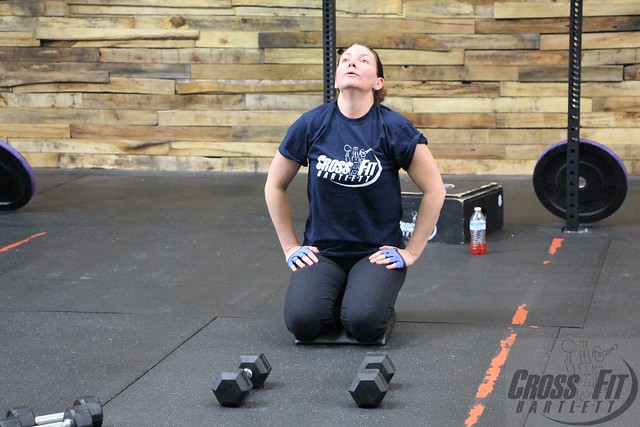