I read this story recently that I thought was very interesting…

Crabs have really great dexterity and can climb out of almost anything.  I’m not sure if this story was about a certain breed of crab or if this is true for all crabs, but this particular crab trap just has a hole cut in the top.

The fisherman puts food in the container and the crab will climb in to eat the food. The crab could easily climb out but it doesn’t because the food is there. Soon other crabs see the food and start following suit.

Eventually, even though the food is gone, more crabs will continue to pile into the trap because they see the other crabs there, and they don’t want to miss the party.

But here’s the kicker… If a crab decides to leave, which it could easily do, the other crabs start to discourage it and pull it back down.

If the rogue crab persists, the other crabs will break its claws so that it can’t climb as well.

Finally, if the rogue crab continues to try and leave the other crabs will kill it.

Just let that sink in for a minute… because the one crab didn’t want to be part of the herd mentality anymore, the other crabs brought it back down and killed it.

Does that sound familiar?

Humans do the same thing.

Start a new fitness and nutrition program, and see how many of your family will go, ‘Come on just one little bite of ice cream won’t hurt you….. Seriously, you’re doing that?…. You’re going to get hurt…. Why don’t you do x,y,z instead?’

Do any of those sound familiar?

The moment you start doing something for yourself, others will try to bring you down, just like the crabs.

Don’t fall victim to other’s negativity. Don’t let them kill your will.  Keep at it, and you’ll be successful.

Secretly, they want to, but don’t believe they can.

Keep doing what you’re doing, keep on keepin’ on.  Set the example, and don’t let them bring you down! 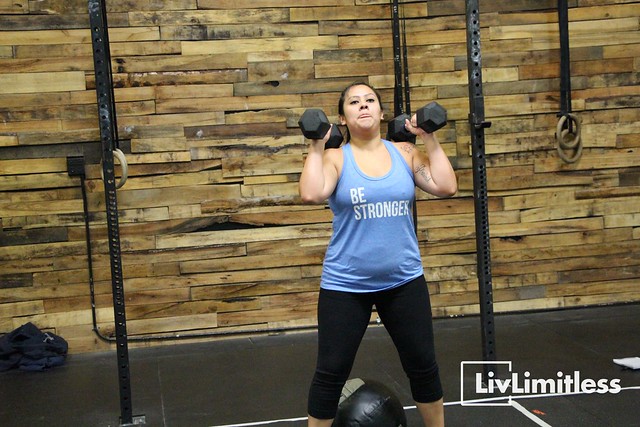 4 intervals of each move